On the northern slopes of Paggaio Mt,  one can find on of the most famous monasteries of northern Greece, the Holy Monastery of Ikosifoinissa. Before the asfalt road reached the Monastery, a very beautiful and of excellent technique pebbled path was used to access the place. In 2008, during the building of the new road, about 800m of this path have been destroyed. The path, unaccessible, was forgoten for several years, until, thanks to a private sponsorship, it came to light again. The path has been cleared, small river crossings were built, and a new section has been opened, to avoid the destroyed part. It is a Byzantine path, said to have been constructed by St Germanos, who also built the Monastery of Ikosifoinissa. It is essentially a religious path, and this is the reason why the sign posting of the trail also contains some sentences from the Holy Bible. Walking this path is a must in the region!

Paths of Greece has developed these trails for the Social Corporate Responsibility of RAYCAP Corporation.

See the map of the trail 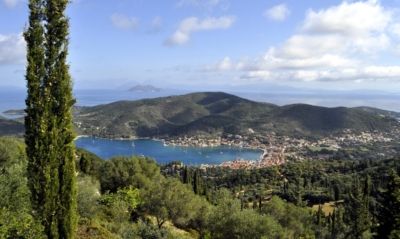 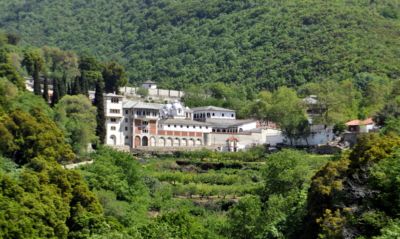